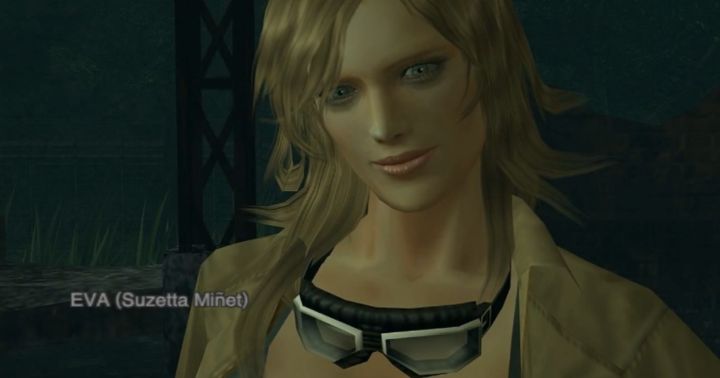 Eva is a sexy video game character who’s appeared in the Metal Gear Solid games by Hideo Kojima. Working as a spy for the Chinese, she’s also involved with the Russian KGB, and bears the scars of torture on her body. This girl is also handy with a gun, and is a romantic interest for protagonist Big Boss in the great Metal Gear Solid 3 game.

Eva has sported several names in the Metal Gear Solid series, and was known as “Big Mama” in the superlative Metal Gear Solid 4: Guns of the Patriots. Also, her Russian name is the same as that of a Bond Girl, Tatiana Romanova from the 007 film From Russia with Love. Something which seems fitting taking into account she’s a blue-eyed blonde with curves to die for, and a sexy video game character most people won’t soon forget about.